Boston watchmaker Florentine Ariosto Jones founded IWC (International Watch Company) in Schaffhausen, Switzerland in 1868. He combined American production technologies with renowned Swiss craftsmanship, starting in a modern factory with a hydropower plant driven by the Rhine to run the machines. In 1875, a new IWC factory was built at the Baumgarten, directly adjacent to the banks of the Rhine and it's still the company's headquarters today. The brand is well known for its luxury pilot/aviation watches, among many others, and has been a subsidiary of Richemont since 2000.

With over 150 years of history, IWC is among the foremost Swiss luxury watchmakers in the world. The brand’s current watch collection includes the Pilot’s Watches, Portugieser, Ingenieur, Aquatimer, Da Vinci and Portofino, all looking back on a long tradition and embracing IWC’s broad range of timepieces. Additional watch specialties, such as the Grande Complication and Vintage Collection, round out their portfolio. The company is also dedicated to responsible environmental and sourcing practices, achieving RJC Code of Practices certification in 2014. 100% of diamond and gold suppliers, and 75% of cases and bracelets suppliers are RJC-certified. In December 2018, World Wide Fund for Nature (WWF) released an official report with environmental ratings for 15 major watch manufacturers and jewelers in Switzerland. IWC was ranked number one among the 15 manufacturers.

There are many well recognized lines in IWC’s collection, including the Portuguese since 1939 and Pilot’s Watch Mark series since 1948. The brand is also no stranger to grand complications, launching the Grande Complication in 1990 with a chronograph, perpetual calendar, minute repeater and moon phase. The Portugieser Perpetual Calendar Tourbillon Edition “150 Years” features a flying minute tourbillon, perpetual calendar with displays for the date, day, month and year in four digits, and perpetual moon phase. The complex 51950 Calibre in the latter piece and many others are designed and manufactured in-house, and more and more of the company’s watches are being equipped with in-house developed and manufactured movements.

IWC’s philosophy is based on a passion for watchmaking, untiring enterprise and perfect craftsmanship. The company is the only major Swiss watchmaker based in eastern Switzerland, away from the French-speaking western region that’s known for watchmaking. Christoph Grainger-Herr became the latest CEO in 2017, replacing Georges Kern who was the youngest CEO within Richemont when he took the position at age 36 in 2002. 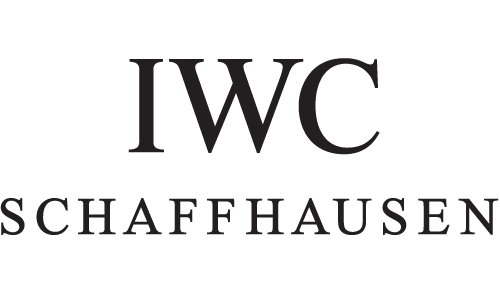 An Ode to a Timeless Classic: The IWC Mark Series

Most of you have probably heard about the IWC Pilot's Watch Mark XVII. This is the latest incarnation of IWC's classic line of pilots’ watches…
10/01/2014 | By Ilias Giannopoulos