Omega was founded in 1848 by Louis Brandt in La Chaux-de-Fonds, Switzerland. Known as La Generale Watch Co. at the time, Brandt assembled pocket watches from parts supplied by local artisans. His two sons, Louis-Paul and César, developed in-house manufacturing in 1894 that allowed parts to be interchangeable. These watches were marketed under the Omega brand, but still part of the La Generale Watch Co. The success of the Omega-branded watches caused its parent company to spin it off as its own entity in 1903, when the Omega Watch Co. was officially founded. At the time of both sons' deaths in 1903, Omega produced 240,000 watches per year with 800 employees, and Paul-Emile Brandt was among those who took over. He became one of the great architects of the company, which today is among the most recognisable Swiss luxury brands. Known by many as a competitor to Rolex, Omega has become the choice for militaries around the world, the Olympic Games, NASA and most recently, James Bond. Now a subsidiary of the Swatch Group, Omega's current CEO is Raynald Aeschlimann with the company based in Biel/Bienne, Switzerland.

Omega has not one, but several legendary models in its portfolio. In 1962, several astronauts visited a watch shop in Houston, TX to find a timepiece for their Mercury space flights. They all left with Omega Speedmaster models and marked the launch of the brand’s journey to space (these private purchases launched with them on Mercury flights). NASA eventually tested watches from Omega, Rolex, and Longines-Wittnauer, punishing them to destruction. In 1965, the Speedmaster was declared the winner and certified as ready for all manned space flights. In 1969, a Speedmaster Professional Chronograph, worn by Buzz Aldrin, became the first watch on the Moon. Although the model is generally known as the “Moonwatch” today, it was originally developed without space in mind. Designed as a racing and sports chronograph, it was called the “Speedy” and continued the brand’s sports reputation as the official timekeeper of the Olympic Games. In 1957, it was part of a trio of models known as the Professional Collection, consisting of the Speedmaster, Seamaster 300 (the original launched in 1948) and Railmaster. The first Speedmaster, reference CK2915, still looks surprisingly contemporary after more than 60 years. The three-register chronograph was named “Speed” because of the external tachymeter bezel (the first watch to feature this) and “Master” for being a professionally oriented watch. The Speedmaster is among the most sought-after chronographs today. In fact, the first Speedmaster movement, the legendary Calibre 321, was accurately reproduced by the company in 2019 for both Omega and chronograph enthusiasts.

Another legendary model is the Seamaster, launched in 1948 to coincide with Omega’s 100th anniversary. It’s the oldest continuous model in the brand’s portfolio. In 1963, the Seamaster 300 (part of the Professional Collection trilogy) was used by Jacques Cousteau’s team in the Red Sea while demonstrating that divers could remain underwater in saturated gas environments for extended periods without harm. In 1970, the Seamaster 600 was tested to 1,000 metres and the Seamaster name remains synonymous with professional diving today. The Railmaster was the third watch in Omega’s 1957 trilogy and positioned as a different kind of tool watch, designed to be resistant to magnetic fields for scientific and other specialised applications. A soft iron inner case (Faraday Cage) and robust dial protected the watch from magnetic fields up to 1,000 Gauss. It wasn’t the first watch to do this and was less popular than the Speedmaster and Seamaster, going out of production after just six years. A limited edition of the Railmaster was recently released, however, almost identical to the 1957 original (and a collector’s dream).

Omega has been involved with the Olympic Games since 1932 when it became the official timekeeper for the Los Angeles Games. It was the first time that one brand was responsible for the entirety of the Olympics. Thirty chronographs were used that could measure 1/10th of a second, the most precise timing for an Olympics at the time. In 1948, Omega used a photoelectric timing system at the London Summer Olympics, debuting the first modern photo finish camera and helping to remove the controversy of “too-close-to-call” finishes. In 1952, it became known as the Omega Race Timer. Major advancements continued, including timing equipment for swimming and visual timekeeping information during early televised Games, and Omega has endured as the most celebrated (and principal) timekeeper of the Olympic Games for over 80 years.

Major developments include the Co-Axial escapement, introduced in 1999 with the Omega Co-Axial Calibre 2500, used in the revered De Ville model. The company claimed that it was the first major advancement of the watch escapement in 250 years. This new escapement eliminates virtually all sliding friction of the lever escapement, making it much more efficient and resulting in greater long-term accuracy and wider service intervals. It has become a staple of many Omega watches, along with advancements including silicon balance springs (anti-magnetic and more resilient), DLC-coated barrels to reduce friction and the first movement able to resist magnetic fields to 15,000-gauss, in 2013. The company combined many of these advancements to create a greater certification level, the Master Chronometer. This certification starts with a COSC (Official Swiss Chronometer Testing Institute) certification and adds eight METAS (Federal Institute of Metrology) tests. These tests include daily precision, multiple 15,000-gauss magnetic field examinations, water-resistance, power reserve and deviation of rate in six positions. The watch must maintain accuracy of 0/+5 seconds per day under all testing conditions.

Famous for travelling to the Moon, timing the Olympics, diving with Jacques Cousteau, performing the world’s deepest dive (10,928m) to the very bottom of the Mariana Trench with the Seamaster Planet Ocean Ultra Deep Professional all the while meeting Master Chronometer standards, Omega remains one of the most proven and sought-after luxury Swiss brands today. 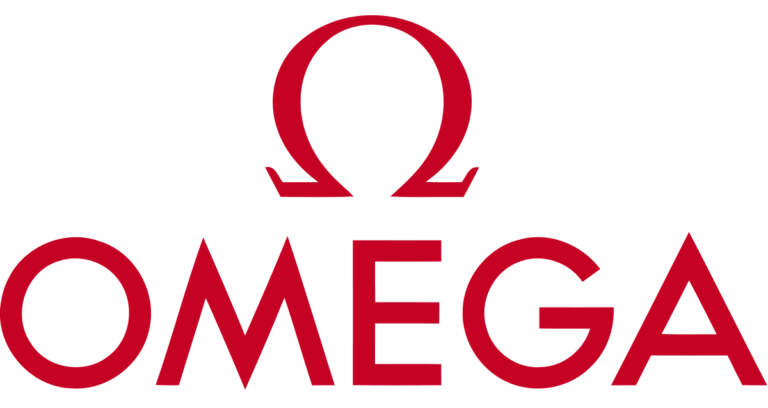 1848
Company founded by Louis Brandt as the La Generale Watch Co.
1885
Launch of the first series-produced calibre, the Labrador
1892
The world's first minute-repeating wristwatch is produced
1894
The 19-ligne calibre is produced with winding and time setting via the stem and crown
1900
Omega receives the Grand Prize at the Universal Exposition in Paris, the greatest honour for a brand at the time
1903
The Omega Watch Co. is incorporated following success as a brand of the La Generale Watch Co.
1909
Distribution network expands to all six continents
1917
Britain's Royal Flying Corps chooses Omega as official timekeepers for combat units
1918
US Army chooses Omega as official timekeeper
1931
Omega sets precision records in all six trials at the Geneva Observatory
1932
Omega becomes the first watchmaker to time an entire Olympic Games/The Marine diver's watch also debuts
1936
Omega calibre, adjusted by Alfred Jaccard, sets a world precision record, unbeaten to this day
1947
One of the first tourbillon wristwatch calibres in the world, the 30I, is introduced
1948
The iconic Omega Seamaster launches to mark the brand's centenary
1955
The Ladymatic launches, the brand's first ladies' automatic wristwatch
1957
Omega's professional line launches - the Speedmaster, Seamaster 300 and Railmaster
1969
The Omega Speedmaster Professional Chronograph, worn by Buzz Aldrin, becomes the first watch worn on the Moon
1995
Omega replaces Rolex as the James Bond watch of choice in GoldenEye
1999
The Co-Axial escapement, producing less friction, is the first practical new escapement development in 250 years
2013
A new watch movement able to resist magnetism of more than 15,000 gauss launches, the Co-Axial 8508
2015
Omega establishes a new, higher chronometer standard that designates watches as Master Chronometers
2017
A new, modern headquarters is built
2018
Warranties on all watches extends to five years
2019
The legendary Calibre 321, used in the original Speedmaster, is accurately reproduced for brand enthusiasts

The idea sprouted some 40 years ago in the genius mind of a British master craftsman, who worked his way up to become one of the…
30/06/2017 | By Xavier Markl