Founded in 2005 by Maximilian Büsser in Geneva, Switzerland, MB&F (Maximilian Büsser and Friends) is arguably the most unconventional, imaginative and complex luxury watch, clock and music box creator in the world. Inspired by science fiction with some retro-futuristic vehicle and aquatic life influences, the timepieces and novelties from MB&F showcase a complex, playful sophistication that has really shaken up the industry. As Büsser puts it, "a creative adult is a child who survived," recognizing the universal imagination of children before becoming rational, reasonable adults. The first watch series, the Horological Machines, were a combination of science fiction, fantasy and haute horology, displaying time like never before. The following Legacy Machine series throttled things back with more conventional cases, but equally unconventional movements/dials. And then there are table clocks like the Starfleet Machine, resembling an intergalactic spacecraft, and the Kelys & Chirp, a mechanical walking turtle with an integrated singing bird. Both the whimsical portfolio and unpredictable pattern of MB&F are the result of collaborations with independent horological and design specialists working on out-of-the-box movements, cases and forms - the MB&F "creative lab".

The brand’s first timepieces were not only visually unique, but set records right from the start. The Horological Machine No.1 (HM1) from 2007 housed the world’s first movement with four barrels connected in both parallel and series, and also the first to transmit energy to the regulating system via two sources simultaneously. The next piece, the HM2, was the first automatic with instantaneous jumping hours, concentric retrograde minutes, retrograde date and bi-hemisphere moon-phase. The rectangular case was a stunning display of creativity with bevels, flying buttresses, mounting holes, porthole cut-outs and embedded gasket tracks. Two independent dials showcased a retrograde date and bi-hemisphere moon phase on the left and jumping hours with concentric retrograde minutes on the right. More than ten Horological Machine models have been produced with a couple of specialized HM3s like the HM3 Frog with two semi-spherical sapphire crystal domes housing rotating domed hours (left) and minutes (right), and the HM3 MegaWind with a winding rotor resembling a medieval battle axe.

The first of the Legacy Machine models debuted in 2011 and featured a conventional case with anything but a conventional dial/movement. The retrofuturistic collection was designed as if MB&F were imagining what watches could be more than a century ago. The Legacy Machine No. 1 made history as the first piece to win two prizes in the same year at the 2012 Grand Prix d’Horlogerie de Genève (Public Choice Prize and Best Men’s Watch). A large 14mm “flying” balance is front and center, suspended by twin arches as two sub-dials display independent time zones. There’s also a first-of-its-kind vertical power reserve indicator. Six Legacy Machine pieces have been produced thus far, most offering different takes on a common theme. The Legacy Machine FlyingT with its spherical crystal, set diamonds, high-flying tourbillon and small inclined dial is the first MB&F watch designed specifically for women. The Legacy Machine Perpetual adds an in-house perpetual calendar with new, built-in safety mechanisms.

Performance Art Pieces take things a step further as a collaboration between the brand and selected artists create either unique pieces or very limited editions. The LM1 Silberstein, for example, is an interpretation of the Legacy Machine No.1 by French artist and watch designer Alain Silberstein, who modified the piece with bright new colors and shapes, a sapphire crystal bridge for the large balance and more. Silberstein also designed the HM2.2 Black Box, which was a modified Horological Machine No.2 with a new, all black Bauhaus-style case.

Music boxes are also popular creations from the brand, such as the Music Machine trilogy (1, 2 and 3 models) that feature spaceship themes and play a variety of science fiction and movie-inspired melodies (with some Led Zeppelin and Rolling Stones thrown in). These high-end music boxes were designed by Reuge. Table clocks like Sherman, Melchior and Grant are built like robots, while Arachnophobia looks like a giant spider with time displayed on its body and the regulator and balance wheel mounted in its head. Many other clocks and novelties showcase the talent of various master watchmakers, artists and designers. The wow-factor that MB&F pieces consistently bring to even the most seasoned collectors is a testament to the successful collaborations Maximilian Büsser has made with the best in the world. 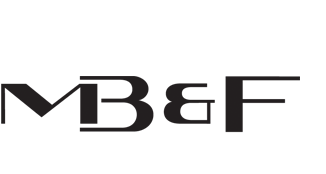 Hands-On – The MB&F Legacy Machine LM2, now in Titanium (and…

When launched in 2013, the second iteration of the Legacy Machine Series, the MB&F LM2, introduced complexity not in the display but in chronometry, something…
21/02/2017 | By Brice Goulard

Introducing The MB&F LMX Steel & Brass, The Third Episode of the…